Add to Lightbox
Image 1 of 1
BNPS_PoignantTitanicLetter_02.jpg 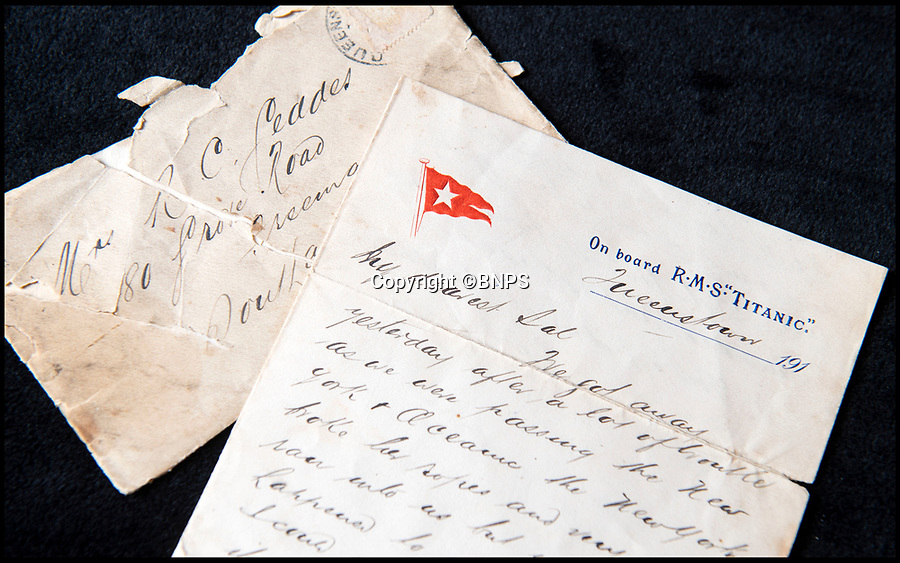 Posted from Queenstown, Cork on 11th April as the Titanic set off across the Atlantic.

A fateful letter from a Titanic steward telling his wife she 'needn't worry' about him has emerged for sale for £18,000.

Tragic Richard Geddes tried to reassure wife Sally by informing her the doomed liner was 'better and steadier' than any ship he had known.

He also hoped the crew would be 'luckier' on Titanic's next trip following an ominous near-miss with another ship when it left Southampton for its ill-fated maiden voyage.
©BNPS 26 Mar 2019 5431x3392 / 1.6MB