Add to Lightbox
Image 1 of 1
BNPS_BoBSuitcaseArchive_20.jpg 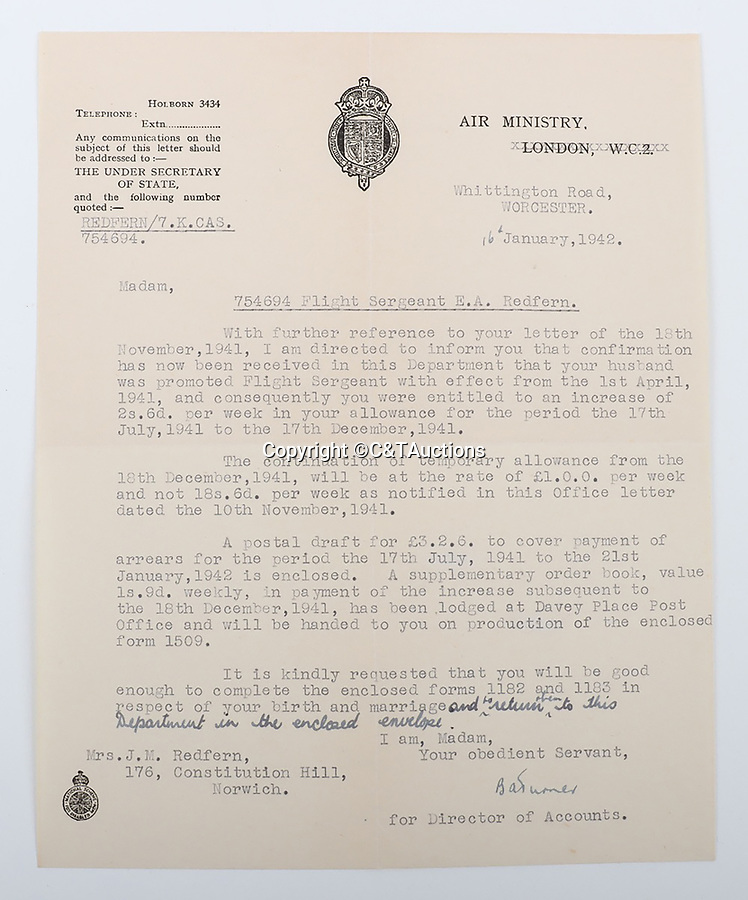 Pictured: A letter, dated January 16, 1942, informing Joan that her husband had been promoted to Flight Sergeant in April 1941 and therefore she was entiltled to increase in her weekly allowance.

The poignant archive of a tragic Battle of Britain hero has been discovered in a suitcase.

Flight Sergeant Eric Redfern had been married to Joan Preston for a few weeks when he was shot down and killed in 1941.