Add to Lightbox
Image 1 of 1
BN_NevinsonExhibition_02.jpg 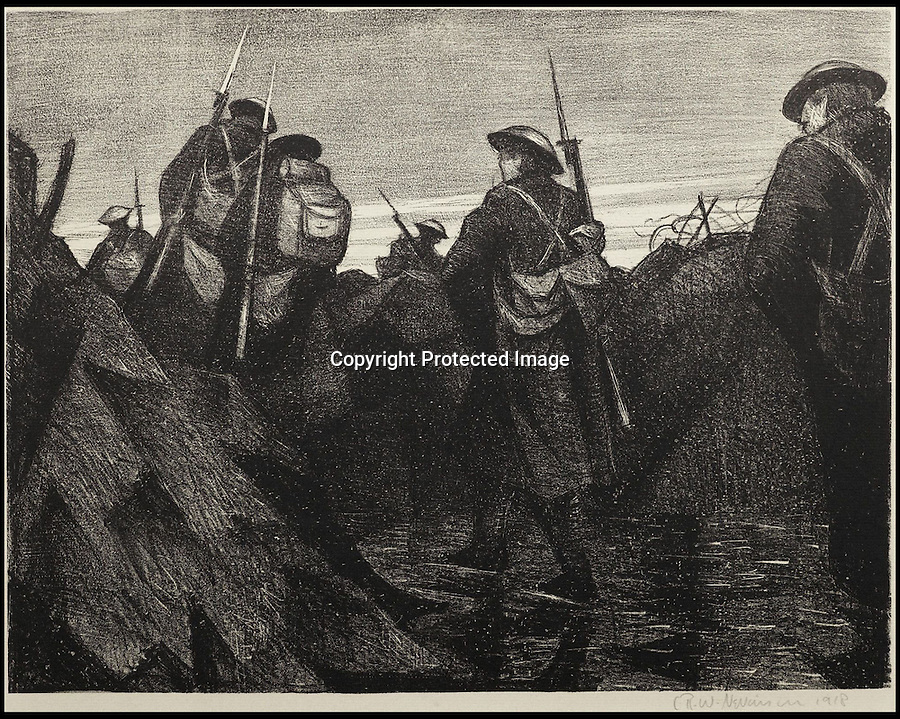 A gallery of some of the most iconic works of art produced from the Western Front by the famous First World War artist Chritopher Nevinson has gone on show.

The prints visually recorded the events in France and Belgium for the British public back home.

At first Nevinson served as an ambulance driver in the war and painted on the side.

But he was later appointed an official war artist and used his own futuristic style to depict scenes in the trenches.

One 1918 work, entitled That Cursed Wood, shows a desolate landscape with the remnants of dozens of trees that have been destroyed by shell fire.

Another is Reliefs at Dawn and shows several uniformed men heading towards the frontline.

Perhaps his most famous work, Banking at 4,000 Feet, is also included in the London exhibition.

It is from the back seat of a bi-plane and shows the lines of the trenches cut into the patchwork field countryside below.