Add to Lightbox
Image 1 of 1
BN_TitanicDeckchair_01.jpg 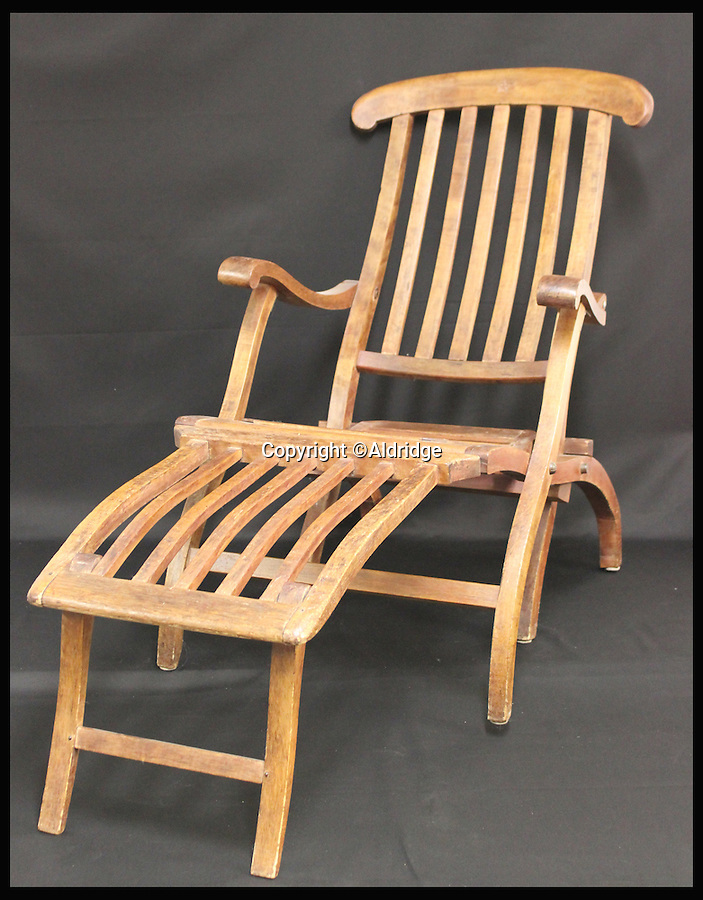 An incredibly rare deckchair that was recovered from the wreck site of the Titanic has surfaced for sale 103 years later.

The collapsible chair graced the first class promenade deck of the luxury liner and was washed overboard when the ship sank after hitting an iceberg on its maiden voyage in 1912.

The wooden item was found bobbing on the surface of the Atlantic by the crew of the Mackay-Bennett, the ship given the grim task of recovering the bodies of the victims in the wake of the tragedy.
©Aldridge 4 Mar 2015 3360x4301 / 1.9MB