Add to Lightbox
Image 1 of 1
BNPS_TheEmperorsOldClothes_03.jpg 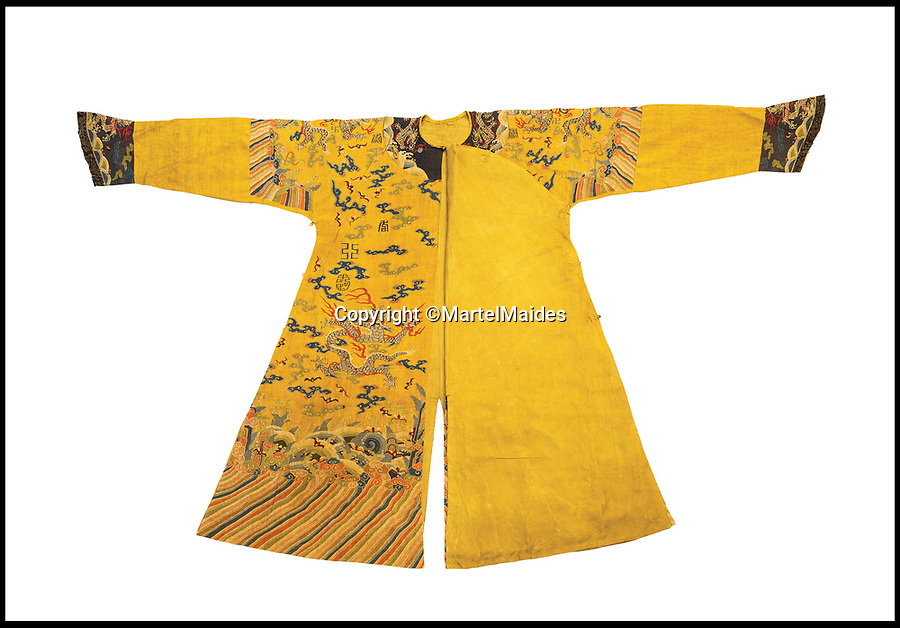 The extraordinary yellow dragon robe which actually belonged to a revered Chinese emperor has emerged for sale for £60,000.

The intricately detailed robe is believed to have been worn by the Jiaqing Emperor who ruled from 1796 to 1820.

In Imperial China, only an emperor was allowed to wear yellow as it was seen as the most beautiful and important of all colours, which would also adorn royal palaces, altars and temples.