Add to Lightbox
Image 1 of 1
BN_FlippinMarvels_03.jpg 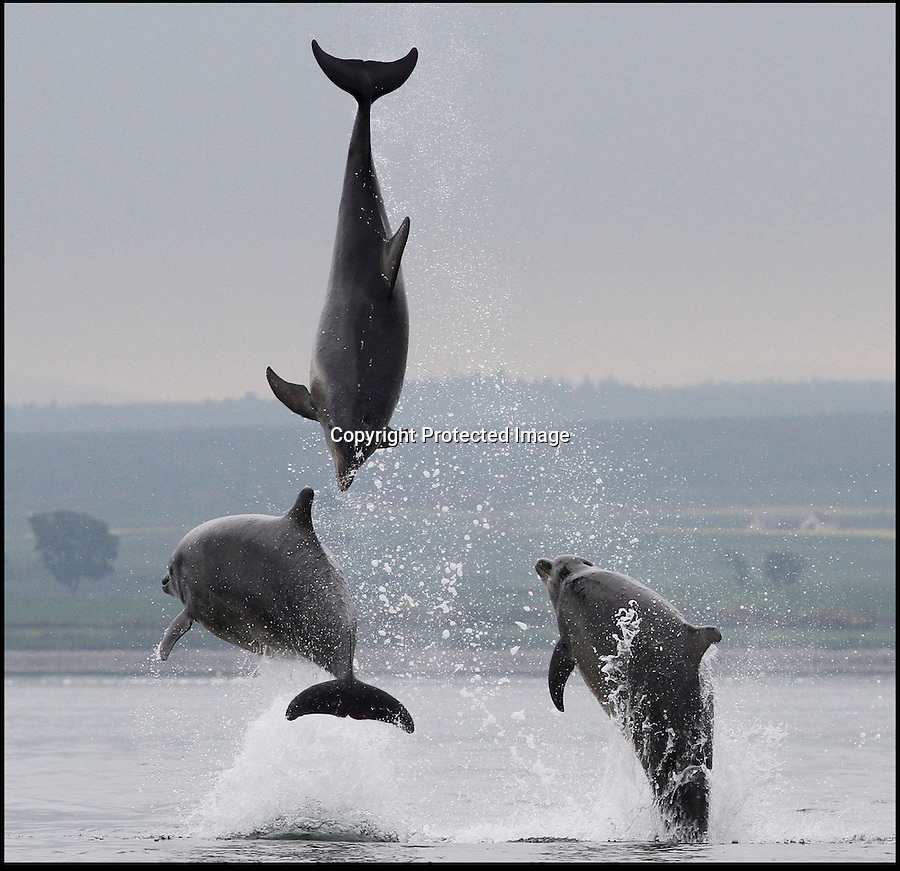 Spin when your swimming...

The bottlenose dolphin is well known for being a friendly creature, but this is the moment an entire pod showed another side to their playful nature.

The clever animals had been laying in wait for the annual 'Salmon Run', where they could be guaranteed a tasty snack as hundreds of fish made the upstream struggle.

As schools swam from the sea back to freshwater to spawn, a group of dolphins showed off their predatory skills and began to hunt them.

They performed incredible acrobatic skills as they shot into the air and sometimes two or three would attempt to go after the same fish.

The pod of 20 dolphins were spotted hunting their supper at Chononry Point near Fortose on the Moray Firth in Scotland.

There is believed to be around 300 bottlenose dolphins - Tursiops truncatus in Latin - in the area, which is the most northern colony in the world.