Add to Lightbox
Image 1 of 1
BN_YoungFootyStar_13.jpg 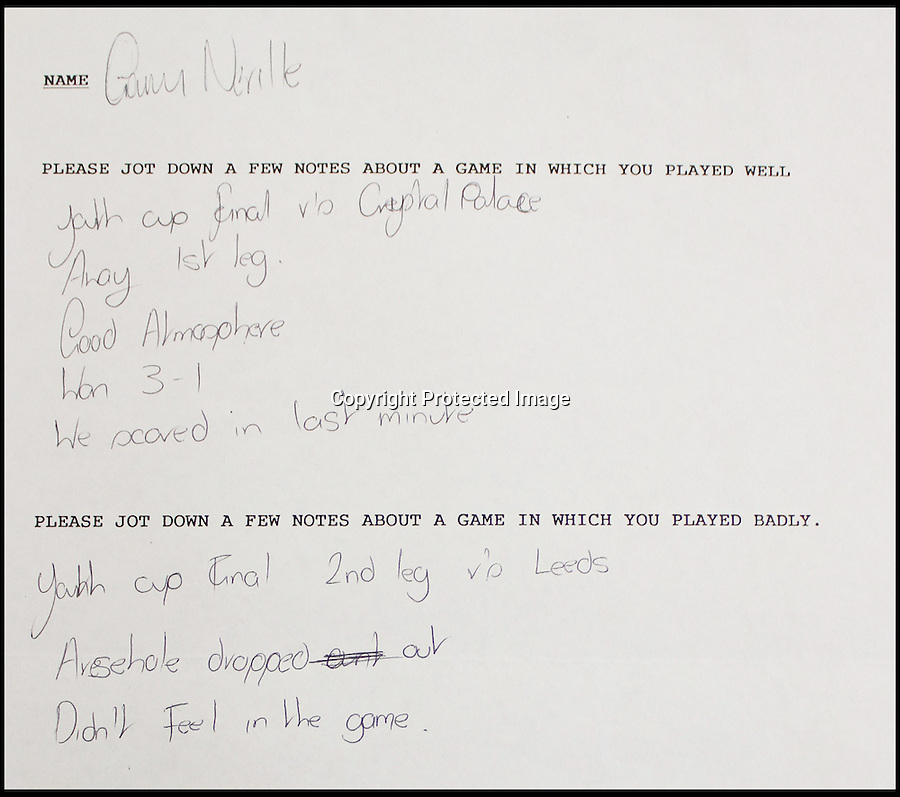 Handwritten notes by young football star Gary Neville shows how he was trained to analyse his playing.

The boy done good... An extraordinary video showing a rough-and-ready David Beckham practicing speaking to the media before he became famous has emerged for sale £3,000. The soccer legend was caught on camera as a 17-year-old during a role-play interview about a football match he played in for the Manchester United youth team. The fresh-faced future England captain spoke in a common London accent and used words like 'nuffink' and 'yoof' during the clip. As well as the practice TV interviews, he also had to write down his best and worst game up until that point.
P Yeomans 30 Jul 2013 2782x2466 / 718.0KB