Add to Lightbox
Image 1 of 1
BNPS_LastDianaLetter_02.jpg 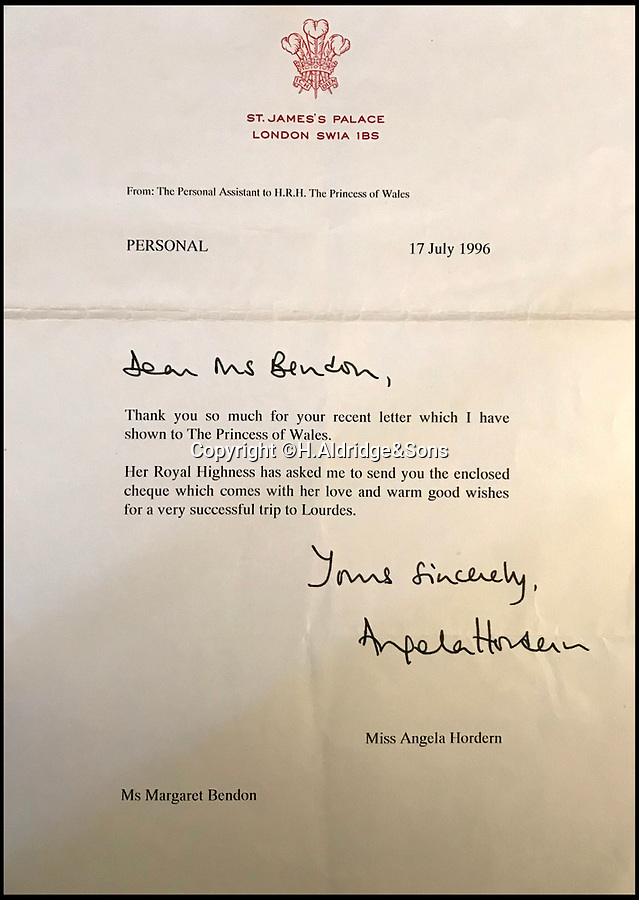 The second letter sent by Princess Diana enclosed with a cheque.

Touching letters sent by Princess Diana to an aids victim who she paid £580 to so he could visit Lourdes have come to light.

The exchange of correspondence between Diana and a friend of Vincent Hickey show the warmth and generosity the so-called 'People's Princess' showed to people less fortunate than her.

In July 1996, just a year before her death in a car crash in Paris, Margaret Bendon wrote to Diana seeking help on behalf of Mr Hickey, who had aids and bowel cancer.

Her personal assistant wrote back saying the Princess was considering the request before a second letter six days later was sent with an enclosed cheque.
©H.Aldridge&Sons 12 Feb 2018 2640x3717 / 875.6KB