Add to Lightbox
Image 1 of 1
BNPS_EltonJohnBentley_07.jpg 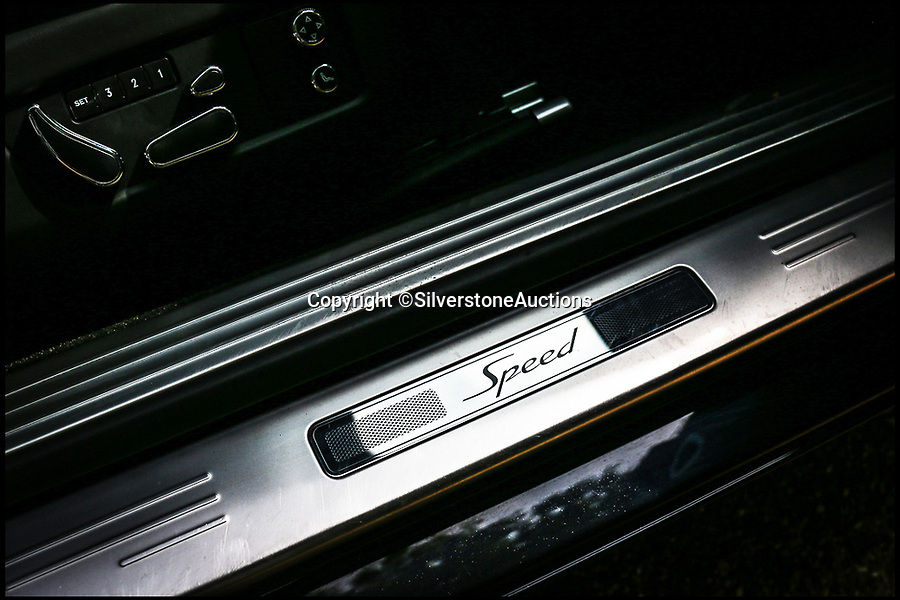 A stunning Bentley belonging to Sir Elton John has emerged for sale at auction with experts tipping it to make up to £80,000.

The 2014 Continental GT Speed is being sold by the legendary musician three years after he gifted it to his husband, David Furnish.

Previously the Circle of Life singer had been using the car as his own personal vehicle after purchasing it new in June 2014.

The world-famous pair have used the stunning black car regularly in their years of ownership and have covered around 22,000 miles.

Now however one lucky punter will have the chance to drive it away up the yellow brick road as the pair have decided to part with the luxurious vehicle.
©SilverstoneAuctions 26 Jun 2018 1036x691 / 548.6KB