Add to Lightbox
Image 1 of 1
BNPS_FascinatingWW1NavalArchive_06.jpg 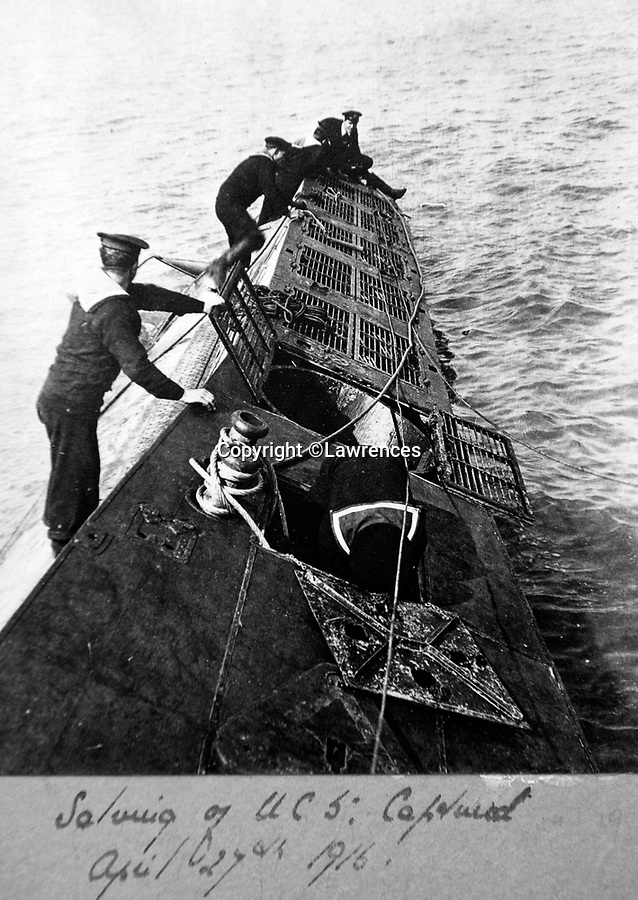 The captured German U-Boat UC5 after she ran aground and was salvaged off Scotland in 1916.

The albums have emerged for sale at auction from a family descendant with Lawrences Auctioneers, of Crewkerne, Somerset.
©Lawrences 20 Aug 2019 3194x4503 / 1.6MB