Add to Lightbox
Image 1 of 1
BNPS_AncientTravolta_03.jpg 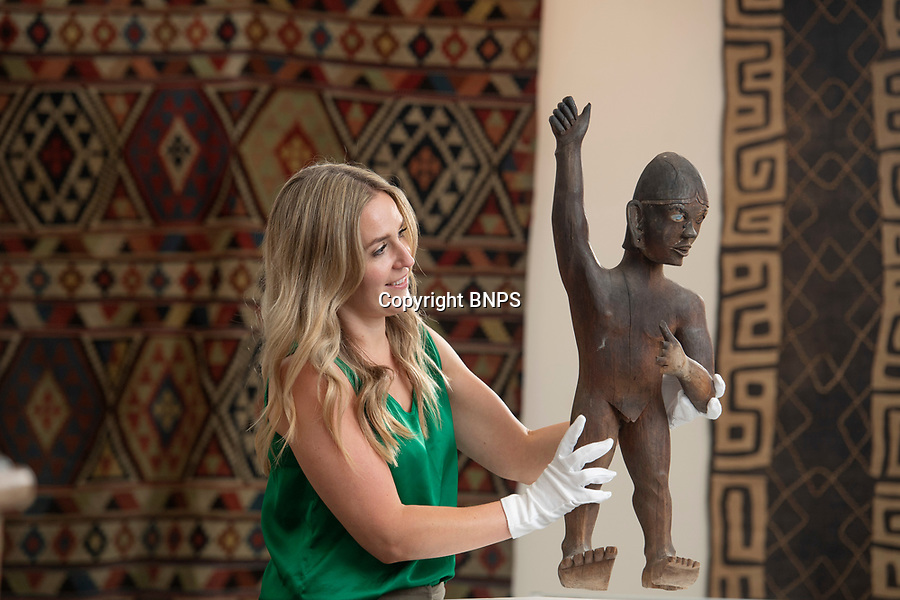 PICTURED: Zoe Cordey from Woolley & Wallis with the figure

An Indian antique figure which resembles a 'tribal John Travolta' has sold for over £42,000 after a bidding war.

The wooden 30ins standing male has Travolta's bald head but appears to be throwing shapes out of Saturday Night Fever.

It was in fact carved in the Bay of Bengal in the early 20th century to ward off evil spirits at the entrance of huts.

The lifted right arm is thought to symbolise him clenching a spear for this purpose on the island of Nicobar.

The figure's high price has been attributed to it being a 'rare survivor' of the 2004 tsunami which devastated the region. It was sold with auctioneers Woolley & Wallis, of Salisbury, Wilts.
BNPS 4 Jun 2021 5568x3712 / 2.5MB