Add to Lightbox
Image 1 of 1
BNPS_RevealingNoteFromBattleOfTrafalgar_01.jpg 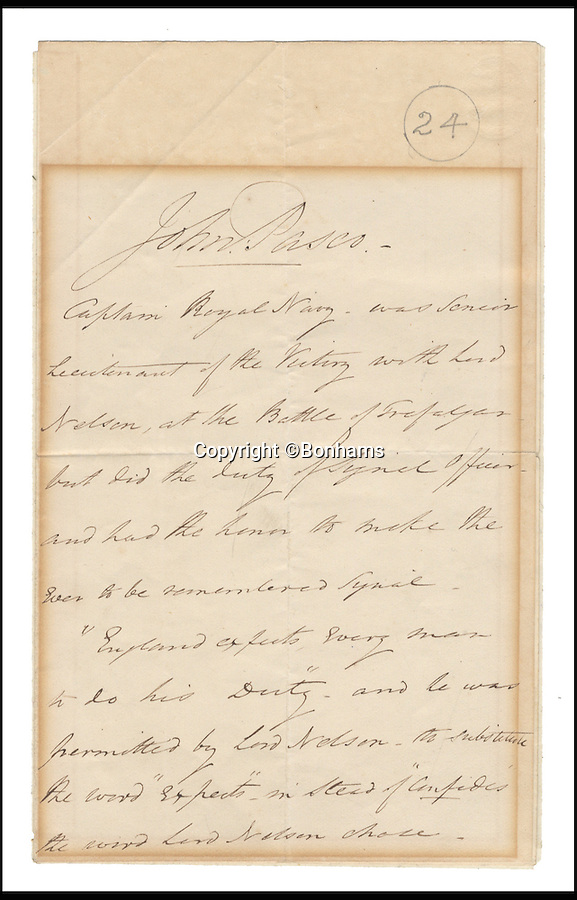 A historic note written by a signalman on HMS Victory in which he tells how he persuaded Admiral Lord Nelson to alter his famous 'England expects...' order at Trafalgar has emerged 211 years later.

Just as Nelson's navy was about to go into the momentous battle against the combined French and Spanish fleet on October 21, 1805, the hero sailor issued a rousing message to the crews.

Nelson instructed John Pasco, to hoist the message 'England confides that every man will do his duty' but the signalman changed the word 'confides' to 'expects'.