Add to Lightbox
Image 1 of 1
BNPS_LastBeatlesDocument_07.jpg 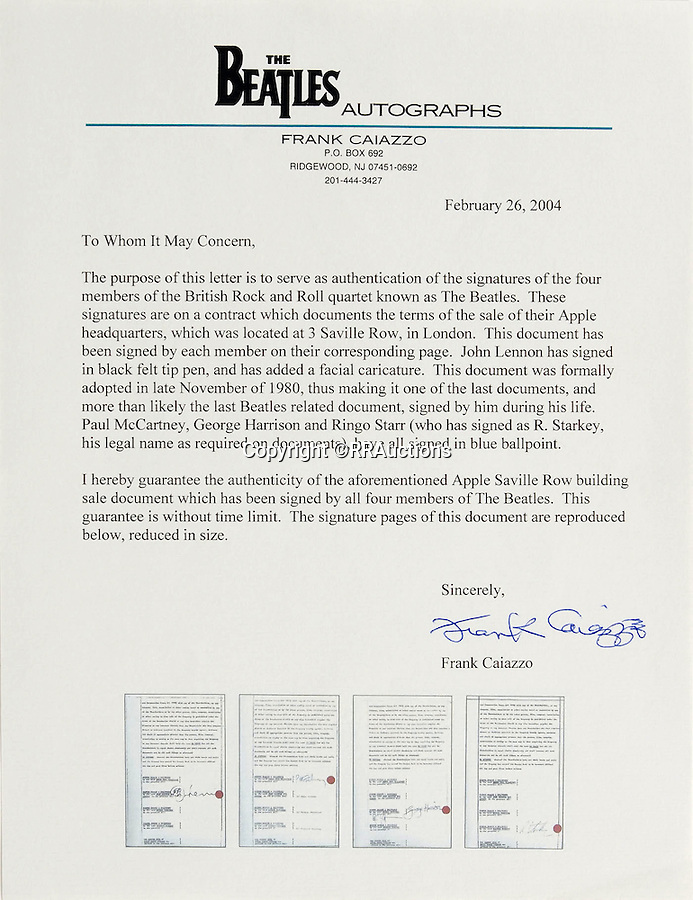 John Lennon, Paul McCartney, Ringo Starr, and George Harrison all put pen to paper to sell the four-storey building on November 9 as their company wound down.
©RRAuctions 23 Mar 2016 1400x1819 / 332.0KB