Add to Lightbox
Image 1 of 1
BNPS_InColourWW1Photos_01.jpg 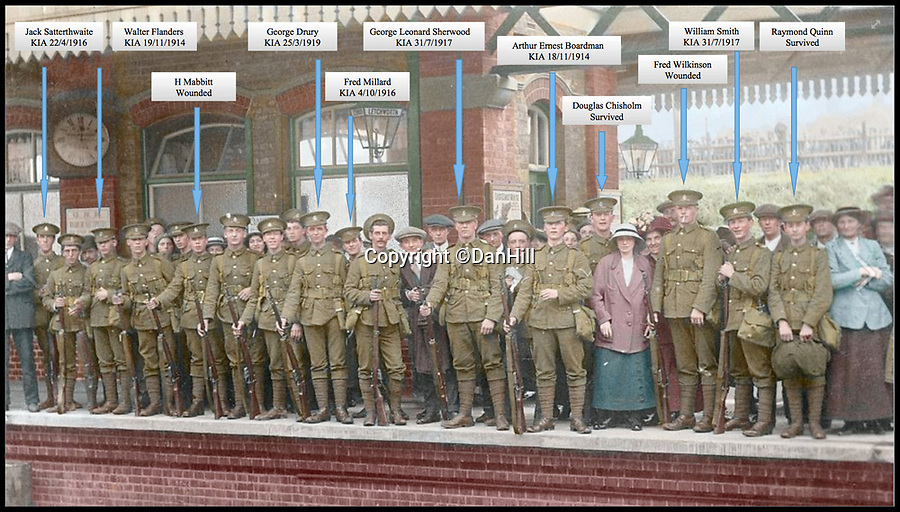 The terrible toll of casualties suffered in World War One can be epitomised in this one haunting colourised photograph.

The fresh-faced men stood on a train station platform made up a platoon of Tommies about to head off to war in August 1914.

Historian Dan Hill has embarked on a mission to identify every soldier in the photo in a bid to discover what happened to them in the Great War.

And of the 11 men he has so far been able to put a name to seven of them were killed.

Mr Hill is now appealing for help and information to identify the remaining nine soldiers in the poignant picture in time for the 100th anniversary of the Armistice in November.
©DanHill 29 Aug 2018 2135x1214 / 743.2KB