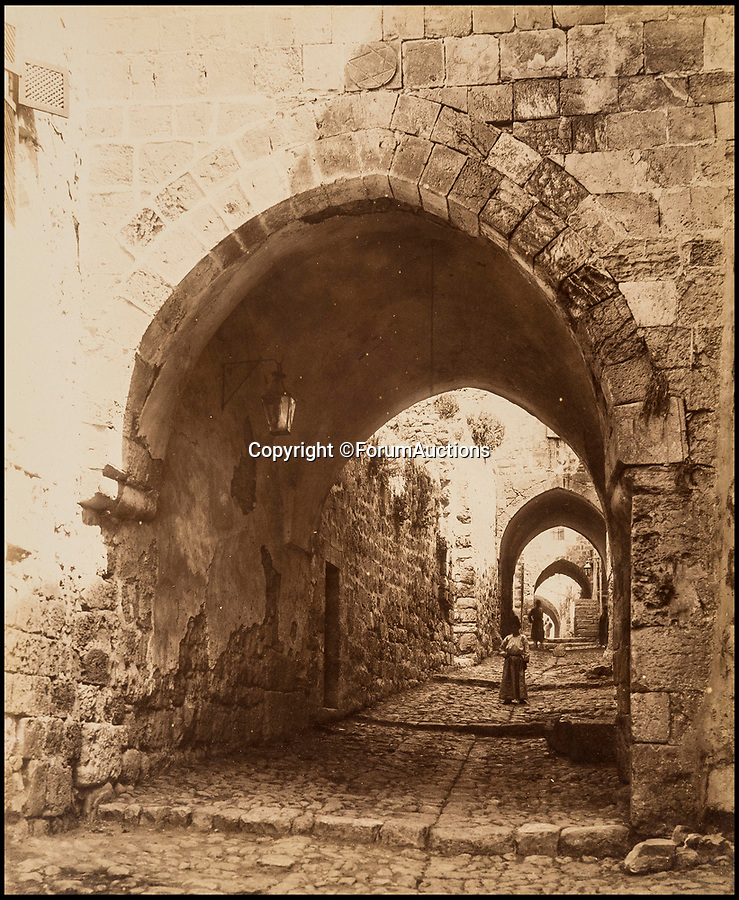 The Via Dolorosa - a street within the Old City of Jerusalem where Christ walked on the way to his crucifixion.

It was a pivotal time in the history of Palestine which was experiencing a major influx of Jewish settlers fleeing persecution in Eastern Europe.
©ForumAuctions 13 Dec 2017 4441x5409 / 3.2MB