Add to Lightbox
Image 1 of 1
BNPS_ExtraordinaryBoerWarPhotoAlbum_010.jpg 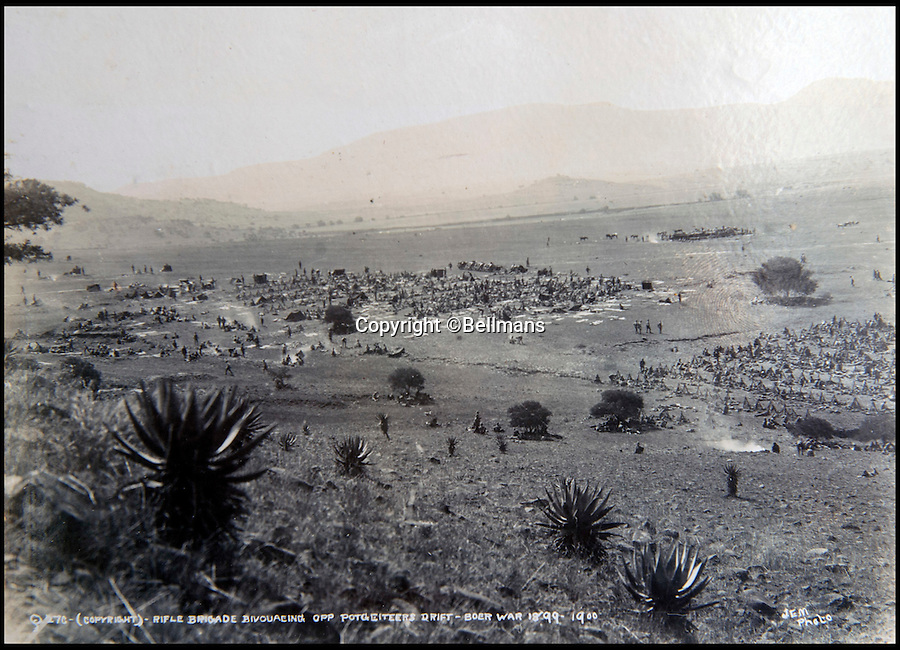 The Rifle Brigade at Potgieter's Drift, Tugela River, the day before the attack on Vaal Krantz.

A rare and extraordinary photo album documenting a British army regiment before, during and after the Boer War has been discovered after more than 100 years.

The album contains more than 150 black and white images of the First Battalion, Rifle Brigade and provide a fascinating record of their battles with the Boers in South Africa from 1899 to 1902.

The annotated images show a large parade of men before embarking on a ship on the Isle of Wight to take them to South Africa in 1899 followed by famous battles they were involved in when they got there.