Add to Lightbox
Image 1 of 1
BN_StrandedAgain_07.jpg 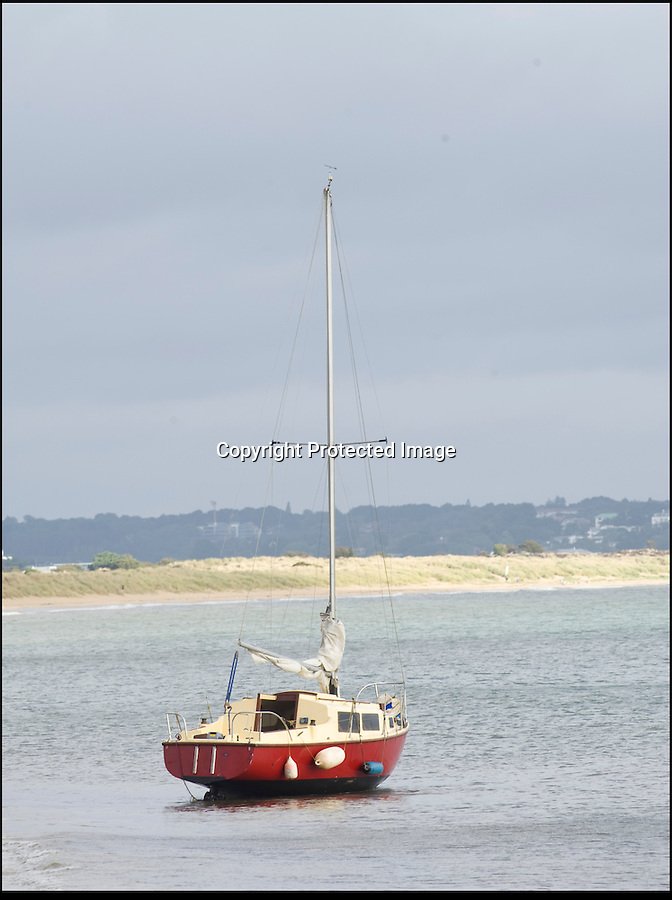 Aground and abandoned - Tim Freeman's boat on Studland beach in Dorset after his latest sailing fiasco.

An incompetent sailor has been arrested by police after he sparked a 10th rescue operation in a month.

Accident prone Tim Freeman, 24, was detained on land close to where he had ran his 24ft yacht aground at the beach at Studland, Dorset.

Coastguards responded after a concerned member of the public reported seeing Mr Freeman stood in the surf struggling to control the vessel with a rope.

By the time the emergency services arrived the Mr Freeman had left the area. He was found a short while later and arrested by police and taken into custody.

It is hoped his detention will bring some respite to coastguard and lifeboat crews after Mr Freeman's calamitous solo voyages caused chaos at sea, costing them 20,000 pounds.

Before the latest rescue effort last night (Thurs), the hapless mariner had triggered nine emergency call outs in a month for incidents ranging from running aground to getting lost.

After he was rescued five times in a week by the RNLI off the Sussex coast, the Maritime and Coastguard Agency impounded his 21ft yacht for safety reasons.

But Mr Freeman walked away from the 2,500 pounds vessel and simply went and bought a slightly bigger one called Reginald in Plymouth, Devon.

After taking to sea again, the Sidmouth lifeboat was called out after he was seen attempting to run the yacht aground.

He then sailed to Swanage, Dorset, where the local lifeboat was called out twice, once for drifting dangerously close to the shoreline and then after he fouled his propeller with a rope.

Mr Freeman, from East Sussex, then ran the yacht aground again after getting lost and turning down a shallow channel in Poole Harbour.

Despite coastguard appeals for him to stick to dry land, the seaman left Wareham Quay yesterday (Thurs) and ran aground at Knoll Beach, Studland.