Add to Lightbox
Image 1 of 1
BNPS_HandRearedCheetah_01.jpg 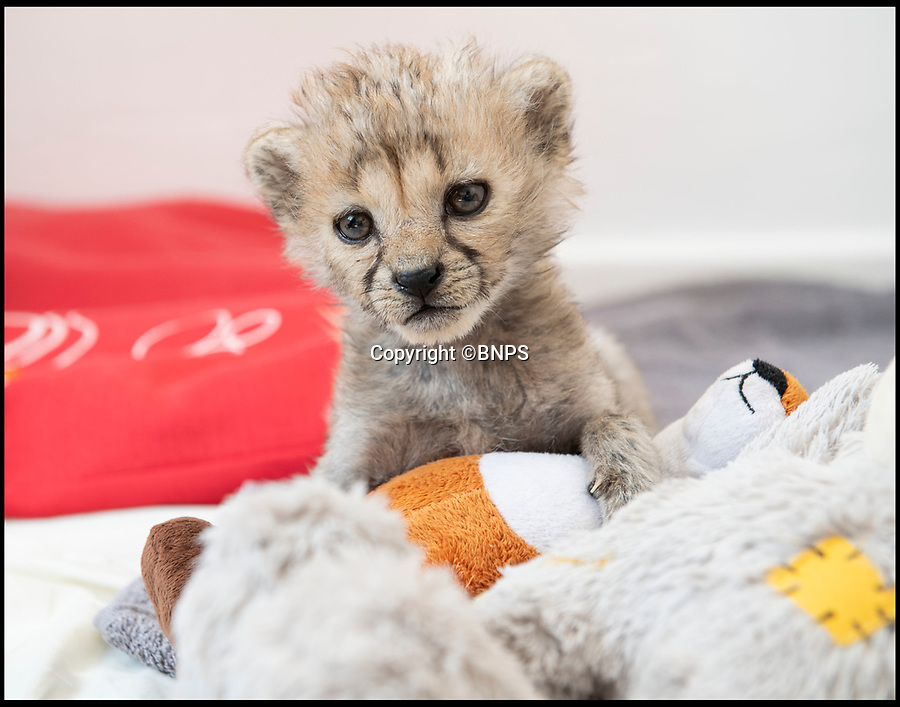 Miracle Grow - Xena the abandoned Cheetah cub is thriving after being hand reared by her keepers at Longleat Safari Park in Wiltshire.

This adorable cheetah cub is being hand reared by her keeper at a British safari park after she was abandoned by her mother.

The seven week old female cub, nicknamed Xena after the warrior princess to mark her battling qualities, was just 10 days old when she was discovered cold, weak and on her own.

Now, after failed attempts to reunite the mother and daughter, the keepers at Longleat Safari Park in Wiltshire are rearing Xena by hand, bottle feeding her every four hours day and night.
©BNPS 15 May 2018 4772x3747 / 1.3MB