Add to Lightbox
Image 1 of 1
BNPS_ExplodingPumpHouseBraveryMedal_05.JPG 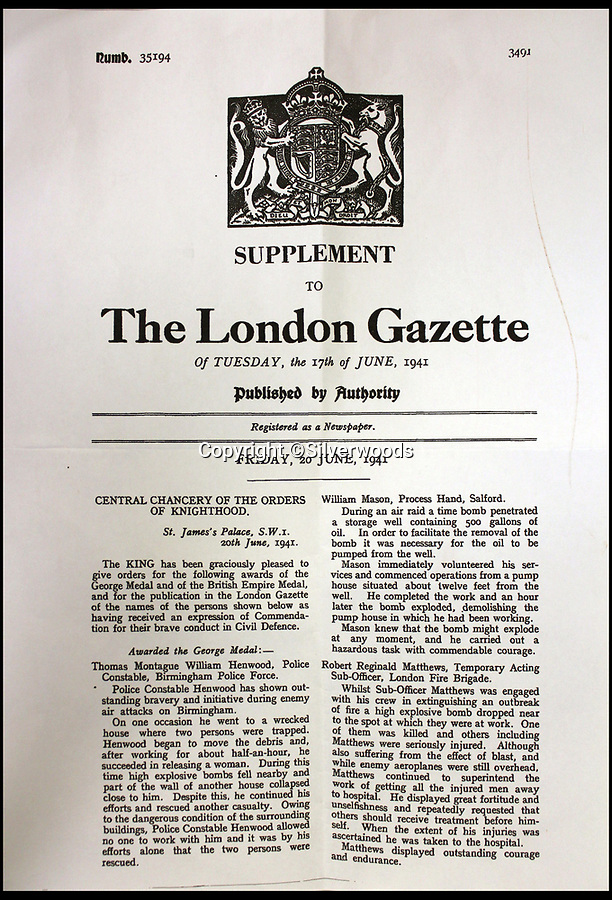 The incredible bravery of a civilian who spent five hours pumping 500 gallons of highly inflammable oil out of a storage well that had been penetrated by a wartime bomb has emerged.

William Mason was fully aware the 500lb German timebomb could go off at any moment as he worked alone to remove the creosote oil from the vat.

Within 25 minutes of Mr Mason completing the task the device went off, demolishing the pump-house at the refinery in Salford, Greater Manchester.

Without his heroics, the blast would have wiped out property in the immediate area.