Add to Lightbox
Image 1 of 1
BNPS_HovisBoyRidesAgain_08.jpg 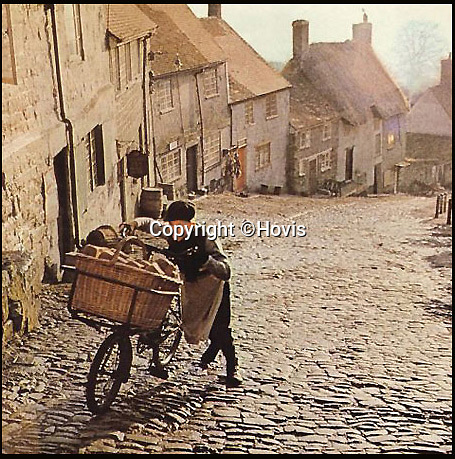 The child actor who starred in the famous Hovis bread TV advert has finally conquered the cobbled hill 44 years later - by using an electric bike to ride up it.  Carl Barlow, now aged 58, appeared in the iconic 1973 commercial at the age of 13 where he was seen struggling to push a bike up the steep hill to deliver bread.  The advert, which depicts a northern industrial town but was actually shot on Gold Hill in Shaftebury, Dorset, has been voted as the nation's favourite TV commercial of all time.  Carl, a retired firefighter, has now returned to 'Hovis Hill' to peddle up it non-stop using an electric bike.
©Hovis 17 Aug 2017 455x459 / 213.3KB