Add to Lightbox
Image 1 of 1
BN_HelenWilsonResistanceHeroine_07.jpg 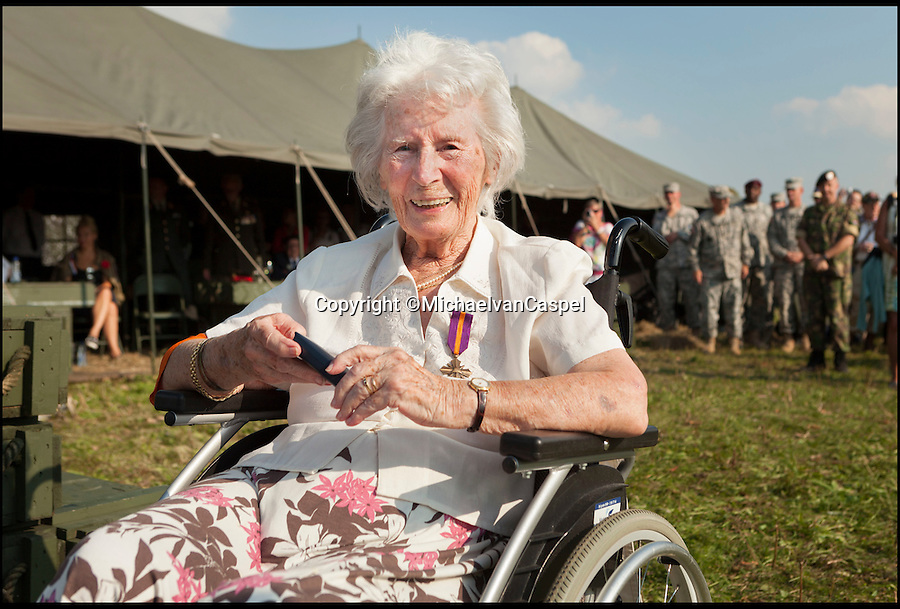 A resistance worker who survived capture, torture and a death sentence for helping to hide British airmen during the infamous Battle of Arnhem has finally been recognised for her heroism.

Helen Willson, a British resident, has been presented with the prestigious Dutch Resistance Cross for her little-known acts of bravery 70 years ago.

She was a member of a resistance cell that spied on the Germans, brought food to Jewish people in hiding and then assisted the British paratroopers during the Operation Market Garden in September 1944.
©MichaelvanCaspel 17 Sep 2014 5130x3472 / 1.5MB