Add to Lightbox
Image 1 of 1
BNPS_POWArchive_01.jpg 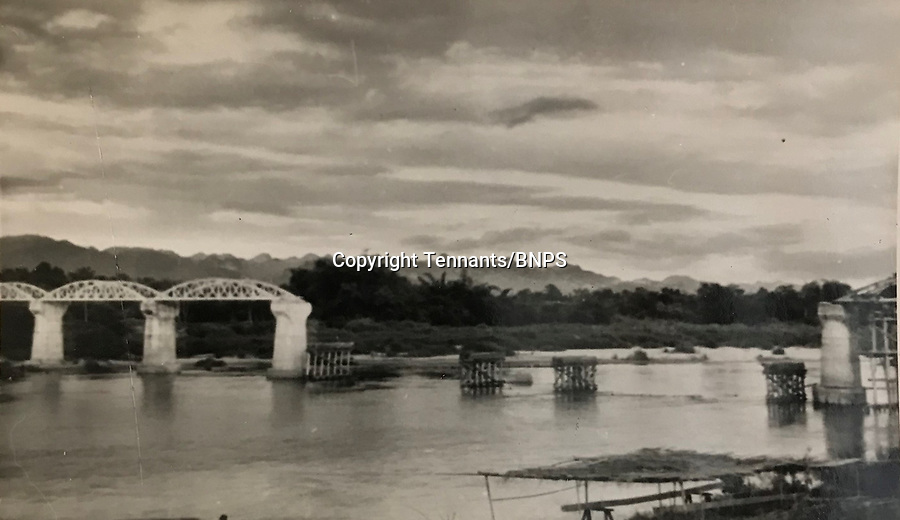 Tamakan bridge which was bombed by the RAF

Cartoon drawings and photographs documenting life in a brutal Japanese prisoner of war camp have been found in an archive belonging to a former soldier.

The satirical sketches depicting the plight of the British PoWs were produced in secret by Captain Harry Witheford and fell inmate Ronald Searle, the famous illustrator.

The scenes included the notorious Changi PoW camp in Singapore and the building of the 'Death Railway' along the River Kwai in Burma.

There are three previously unseen cartoons by Searle.

One is a sketch to mark Capt Witheford's wife Edna's birthday on April 10, 1944, which shows four officers wearing only loincloths toasting her with mugs of beer.

Searle also created a calendar for his friend which depicted an image of an army officer lying besides a naked blonde woman.

Capt Witheford's accomplished work includes a drawing of a prisoner having a bath covered in sunburns from working on the railway.
Tennants/BNPS 10 Jun 2021 2813x1626 / 538.4KB