Add to Lightbox
Image 1 of 1
BNPS_VictoriaSecret_04.jpg 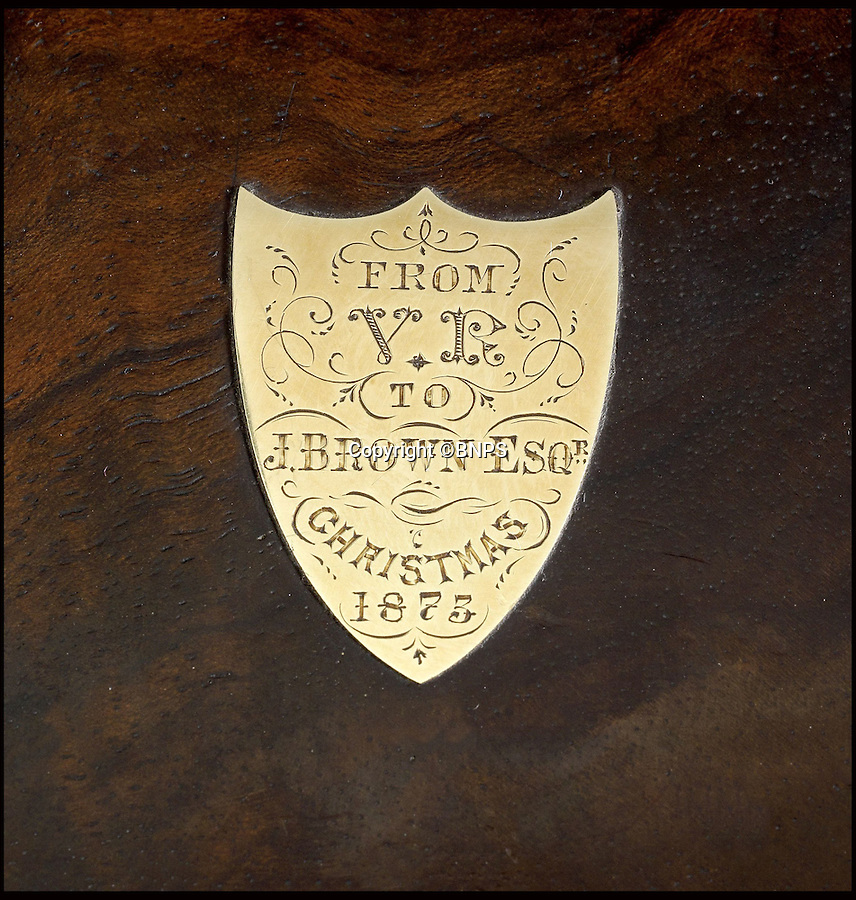 An antique rifle that was a gift from Queen Victoria to a manservant who was rumoured to have been her lover has emerged for sale for £40,000.

The stoic monarch turned to trusted attendant John Brown for counsel after the death of her husband, Prince Albert in 1861.

Their friendship became so close that it was suggested they were romantically involved.

At Christmas 1873 she gave keen huntsman Brown a brand new .450 double-barrelled hammer rifle made by Alexander Henry in Edinburgh.