Add to Lightbox
Image 1 of 1
BNPS_PicturesOfARoyalScandal_06.jpg 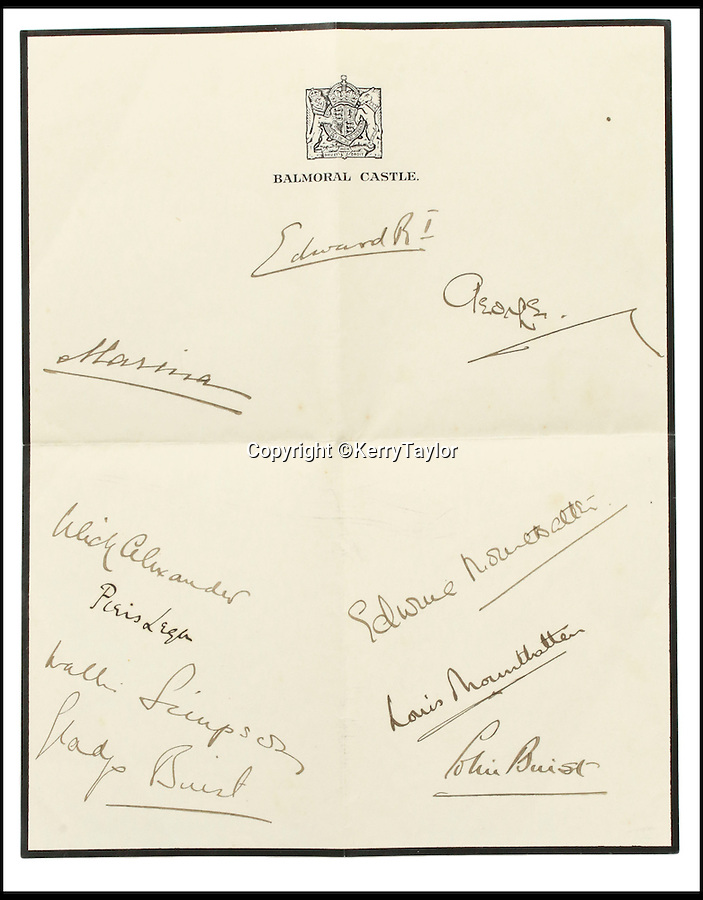 The guests signatures on headed Balmoral paper in September 1936 - the notepaper was edged in black following the death of his father.