Add to Lightbox
Image 1 of 1
BNPS_SaveMrPunch_011.jpg 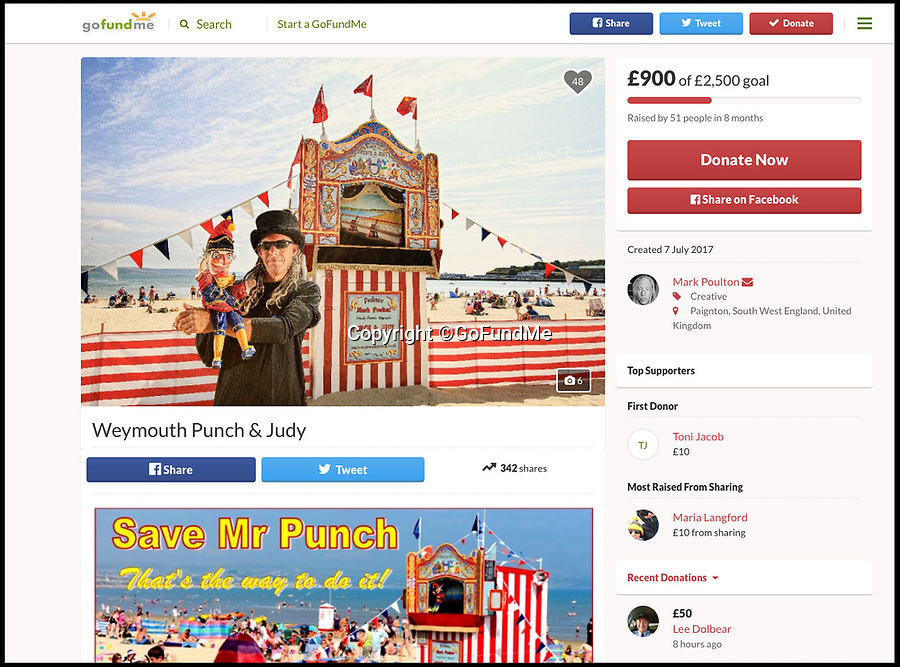 The seaside town has had a Punch and Judy show since 1880, but Mr Poulton says he relies on donations and with audiences dwindling he will not be able to continue the seaside tradition past this summer season without outside support.
©GoFundMe 14 Mar 2018 1291x957 / 294.0KB