Add to Lightbox
Image 15 of 39
BNPS_UnseenWW1AlbumDiscovered_016.jpg 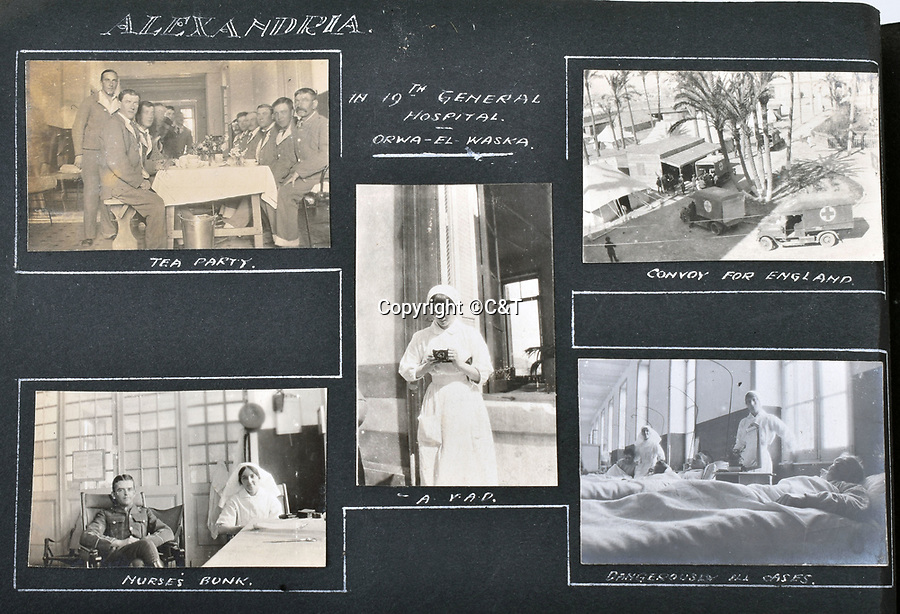 This page shows the troops recovering in hospital in Alexandria.