Add to Lightbox
Image 3 of 16
BNPS_SeagullAttack_14.jpg 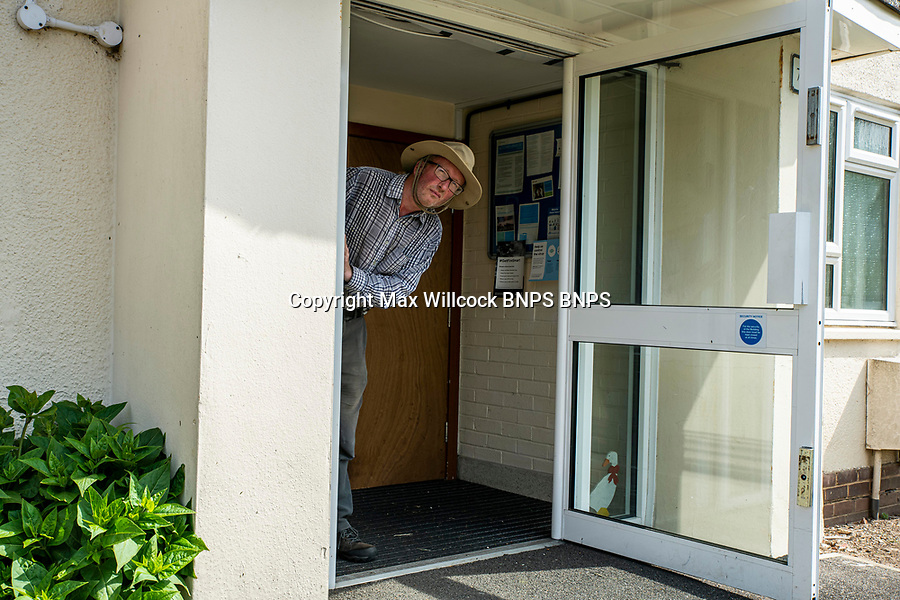 Robin Edmonds on the lookout for the 'vindictive' seagull behind his front door.

A homeowner is at his wits end after being repeatedly attacked by violent seagulls.

Robin Edmonds was forced to flee for cover from the 'vindictive' bird that dive-bombed him as he left his home.

The 49-year-old has been left in fear about going outside and has even bought a special hat to protect him.
Max Willcock BNPS BNPS 6192x4128 / 2.1MB